Giving handmade has been a significant theme in our family life. Over the next few weeks I’ll be sharing what we’ve learned about making gifts. Stay tuned for some cool resources and links! But first: where it all began and what it taught us about ourselves.

2008 was a big year for us. Rainer had a sabbatical and we spent 3 months in Europe, living in several apartments in different cities while he researched. I had also jokingly said said that if he could find a half-marathon in Budapest during the week we were there that I’d go from being a 10k runner to a half-marathon runner, and he found one. And then once we were home I decided that the whole family was going to give only handmade gifts that Christmas, even stocking stuffers. Ahem. I mean, we decided.

I’d picked “Adventure” as my word of the year, and was having a blast saying, “Yes!” to all sorts of things.

The Process
It was a huge undertaking. Messy, fun, fantastic. We had done some crafting and handmade gifting other years, the sort that every family with young kids does. This was going to be different, though. I gave everyone but me the option of giving something we bought second-hand, but in the end no one ended up taking that route. The kids were 9 and 11, old enough to really contribute and yet young enough that we sometimes struggled with their ideals vs what they could actually produce.

We started with a big brainstorming session. Lists of paper, tea party atmosphere, and good music to help us think. We thought about the people we were giving to. Did they have particular hobbies or colours they liked? Favourite foods? Then we thought about skills we already had or were pretty sure we could learn.

My son Matthias was tricky, since he has the least patience, the least faith in his art or crafting skills, and was generally the wiggliest of us all. But the two of us worked together and I tried really hard to think of ideas that produced big results quickly to help him enjoy the process and create the gifts he needed. Freezer paper stencilling and baking were his favourite techniques since they were pretty fast and had an immediate and obvious product. 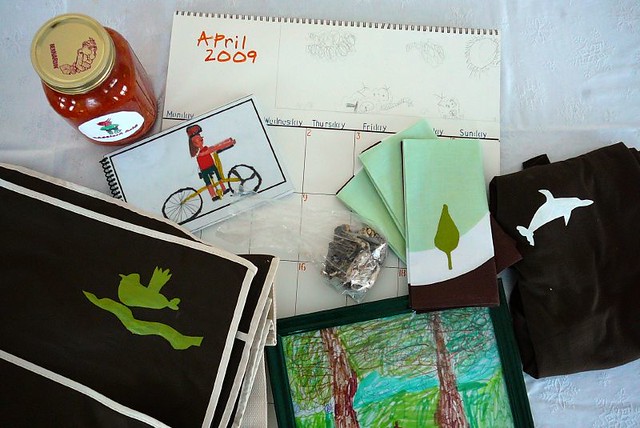 My husband Rainer was uncertain about the handmade holidays concept, feeling like he had too few skills to make something people would be interested in receiving. He discovered, though, that learning new techniques and making presents was simpler than he expected and was really rewarding. The gift that I loved best was a game of memory he made out of our pictures from Europe that summer. We still play it and tell stories about where and when the photos were taken. 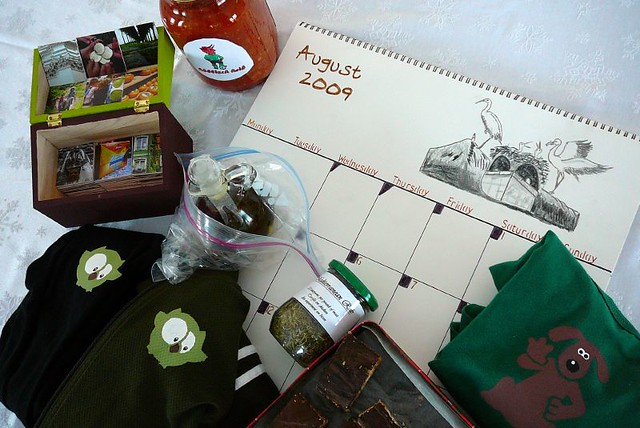 Sandra threw herself into the process whole-heartedly. She was a whirlwind of ideas almost magically tailored to the people she was giving to. She put so much thought into figuring out the places where her skills might intersect with their interests. The embroidered judo bed-sheet for Matthias and the hand-drawn, prairie wild flower ID guide for my dad were amazing.  She and Matthias collaborated to embroider a tablecloth and make matching napkins using fabric paint. 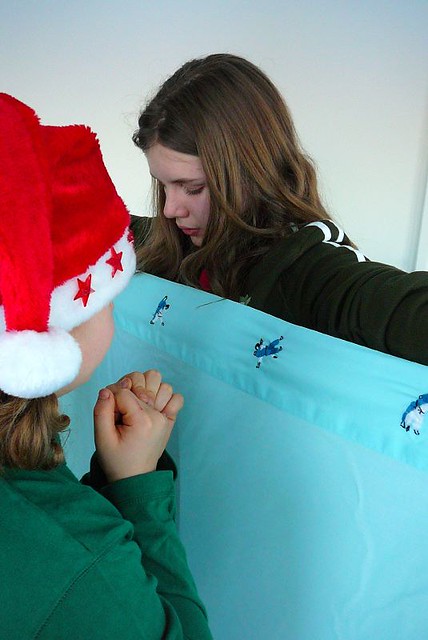 ::Sandra shows off her judo embroidery::

I’d been knitting away all fall on gifts, but I was inspired to try new things. Jewelry making, sewing, baking. Our house was full of inspiration, secret whispered conferences in the hallway, and a sense of mighty anticipation. 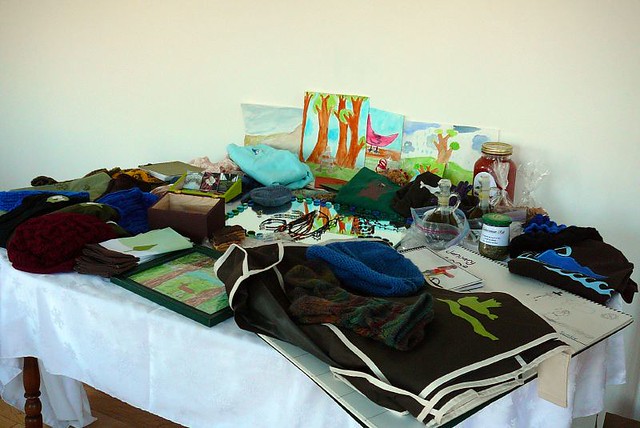 A week after the big day, I wrote: “Will we do this again? Absolutely. Everyone is already talking about ideas for next year. I think, though, that while this ‘pure’ approach was wonderful and instructive, it’s not necessary for future years. Little gifts, perfect books, stocking stuffers, etc., need not be excluded from our celebrations. Having set the stage with a strictly homemade season, we no longer need rules because we are inspired and we are confident in our abilities to make things people will want to receive.”

And we have indeed included handmade gifts ever since, at birthdays and anniversaries and other occasions as well as Christmas. Giving handmade gifts completely changed the process of giving for us. It might not always make a big difference to the giftee, but I can tell you that the gifters are changed.

Leading up to that December 25th, the kids were far more eager to see the reactions to their gifts than they were to get their own presents. I think they actually forgot they were going to get anything for vast swaths of the weeks and hours leading up to Christmas morning. Even now, even if purchased, the emphasis is on giving the gifts.

A few days after the big day I tried to get Matthias to reflect on the process. He surprised me. He was much more of a doer than a contemplative kid, but he said, “I liked how it made me feel important and special…not just going to a store and buying something someone else had made.”

Both kids give me the stink-eye if in a busy December I suggest that they can skip handmade gifts for a season.

The Joy of Giving.  It’s an overused phrase, and it’s too bad that it’s been blunted.  Thoughtful and abundant generosity has a power to transform the giver.

There’s a confidence and creativity to our family because of this experiment. It weaves in and out of everything we do, subtly but always present.  We can make things people love.

Flicker Set for our handmade gifts in general in those years 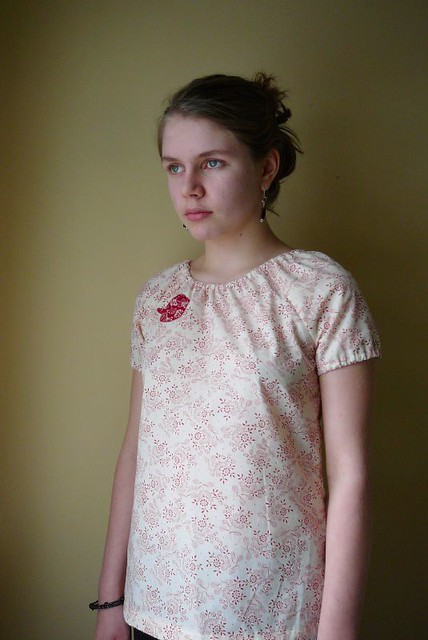 ::Sandra wearing a top I sewed for her::

2 thoughts on “an entirely handmade Christmas changed us”