Who doesn’t love a little backstory?

We were in Germany to celebrate my nephew’s wedding in 2014, but decided to make some time for Paris’ art galleries. My daughter Sandra has been very interested in Impressionism since she was young and has been trying to figure out how to get us to the Musee D’Orsay for years. She even looked up triathlons and marathons held in Paris when she was about 10, knowing that this was the best way to get her father interested in travelling somewhere.

We rented a teensy apartment near Les Invalides and spent 3 days walking everywhere in rather stiff March weather. When it wasn’t raining there was a cutting wind. We didn’t care. (Much.) We hit fewer destinations with our pedestrian approach, but we really love walking in cities. Seeing the city at eye level, at a walking pace, really gives us a sense of what it is like. 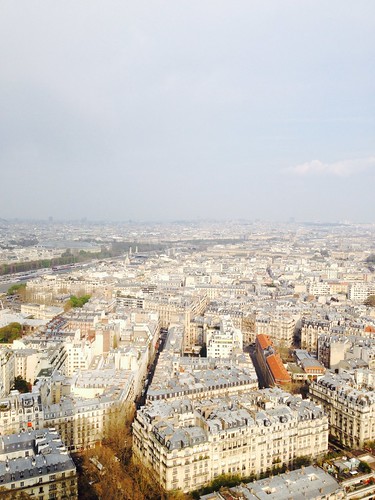 We got lost a lot. Surprisingly frequently. We were not new to river cities and the way the rivers push streets to intersect at odd angles. We were not new to European city centres. Nevertheless, one day in particular I would locate us on a map, locate our destination, make what seemed a logical plan to head in the direction of our destination, and find myself blocks off course in a matter of minutes.

We were somewhere around this part of Paris and we just kept heading in a diagonal direction we knew (hoped?) would lead to the river.

It was a great walk. That sharp sun of early spring that seems more silver than golden. Little glimpses of life through windows and in courtyards. A feeling that Monet and his compatriots waited for us at the end. The family laughing at me as I continually felt like the least capable navigator in Europe. We took a lot of photos on that walk.

This image of the lines of the buildings, the ironwork fence, and the gilded decorations came back to me as I flipped through a stitch dictionary a little over a year later and the hat and cowl set was born. The outstretched golden flourishes and the strong lines of vertical black iron cutting towards the sky – those are the elements I tried to capture in this design.

I know the colour palette is not at all reflective of the inspiration photo, nor is it in keeping with the colours of Paris. But it is in keeping with how I wanted to feel in Paris: bold, stylish, confidently put-together. When I wear these (which is nearly every day) I not only feel warm and cozy, I feel like there’s a pop and sizzle about me that puts a spring in my step and a glint in my eye.

Just a reminder that the patterns are on sale 25% off until the end of Sunday. 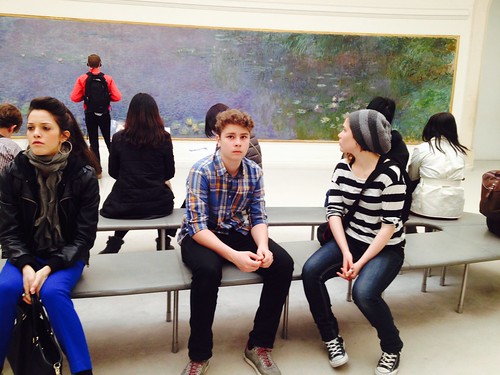 Eventually we found our way to the Seine and the galleries.